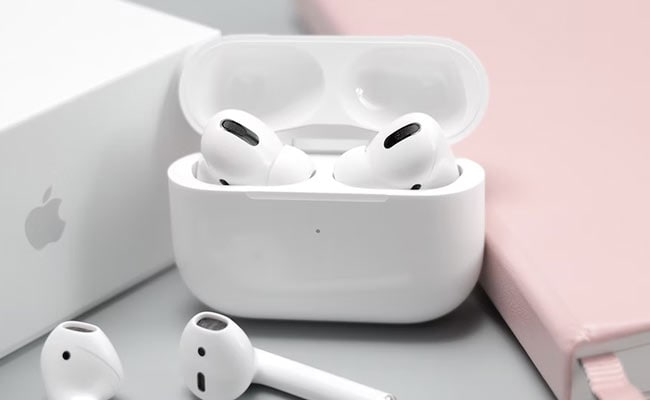 Apple’s AirPods Pro earbuds may serve as hearing aids for adults with mild to moderate hearing loss, according to a new study published in the journal iScience. The study was conducted by researchers at Taipei Veterans General Hospital in Taiwan. Experts looked at 21 participants with mild to moderate hearing loss and tested different hearing aids. These include premium and basic hearing aids and AirPods Pro earbuds and Airpods 2.

For the study, the AirPods were paired with an iPhone running the ambient sound amplification app called “Live Listen.” The participants were asked to wear the devices and listen to short sentences read by researchers. Then they had to repeat the statement word for word.

“These wireless earbuds aren’t perfect, of course, but they would be a good starting point for many patients who don’t have access to professional hearing aids. They will see an increase in quality of life even with these earbuds,” said Yenfu Cheng, the corresponding author of the study, according to Science alert.

Furthermore, Mr. Cheng also stressed that many people would feel more comfortable wearing Apple’s AirPods, rather than wearing hearing aids because of the social stigma surrounding them. He even noted that people with hearing loss often have to visit health professionals for fitting and fine-tuning, which becomes cumbersome for many.

According to the Taiwanese researchers, Apple AirPods Pro could therefore possibly be a more accessible alternative for patients.

“Worldwide, the market for wireless earphones is growing rapidly. Some companies are interested in exploring the possibility of designing earbuds with sound amplification functions. Our research proves that the idea is plausible,” the researchers said. Science alert.

After 10 years I finally have a Wii U, this is what I thought