With a somewhat mixed launch from Team Green, RDNA 3 might be the better option 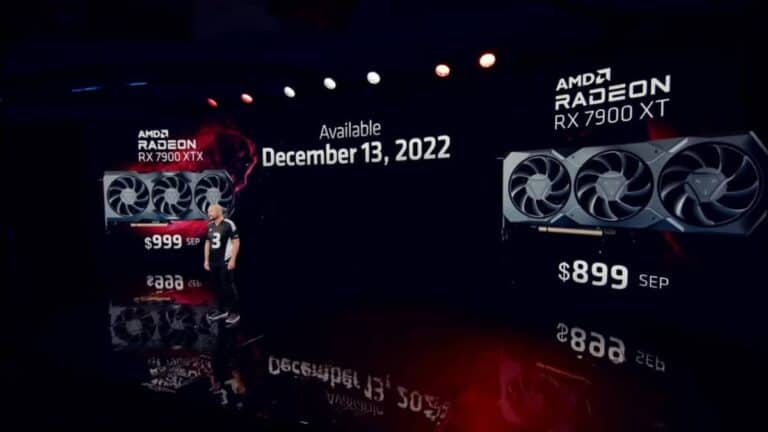 The upcoming AMD Radeon 7000 series, based on the new RDNA 3 architecture, has a lot going for it. Performance and power efficiency are expected to increase significantly with the introduction of the next generation GPU architecture.

Compared to the current RDNA 2 design, it will bring a number of important improvements. These consist of a new memory controller, ray-tracing capabilities and a new computing unit design.

Second, AMD has stated that RDNA 3 will perform “significantly” over RDNA 2. Gamers will no doubt want to take advantage of this. Third, compared to RDNA 2, RDNA 3 will be more energy efficient.

For gamers looking to reduce their energy costs, this is crucial. More than 50% more performance per watt is expected after switching from RDNA 2 to RDNA 3. A new chipset design of AMD’s Ryzen GPU architecture will be used in RDNA 3.

This advancement in architecture allowed the company to expand the number of units of compute per die. The multi-chip module improves process yields to get more out of production.

RDNA 3 will probably only be available for PC users, unlike RDNA 2, which is also available on game consoles. This is because consoles have a lifespan of four to six years, during which time the actual processing and graphics technology often remains unchanged.

RDNA 3 will be significantly more effective than RDNA 2. Although it has a much higher board power. Because the RX 7900 XTX comes with a 355W rating which is still lower than 4090.

But if that’s the case, gamers are better off waiting for Team Red’s upcoming range to pick up something more energy-efficient than the company’s current roster.

According to AMD, IT companies need to find a way to build more robust machines that use less power. That’s why AMD pays close attention to performance per watt.

As a result, they will be able to support more improvements while consuming less power, as we can judge the quality of a GPU based on its effectiveness and efficiency.

If you’re in a market looking for a new GPU and considering an RX 6900 XT or 6950 XT, you should save your money and wait to buy one until AMD introduces its new RX 7000 series.

Especially with what Nvidia has revealed, including the RTX 4080. Both RTX 4000 series cards are expensive and power hungry. Since AMD’s lineup costs less than both, it might be worth waiting just a little longer to see what it has to offer, as it aims to improve on what it has.

Cyber ​​Monday gaming PC deals 2022: What you need to know about this year’s sales