Rail strikes will again bring the network to a standstill over the next two weekends as rugby fans traveling to Twickenham and Cardiff are warned not to travel by train.

Drivers from 11 railway companies, part of the Aslef union, walk out on November 26 in a long-running wage dispute that will once again hold back passengers.

Train companies have informed passengers that some services will be severely disrupted and some will not run at all as a winter of discontent looms amid massive strikes across the UK.

In addition to railway workers, bus drivers, postmen, nurses, civil servants and even Asda staff will also go on strike in the coming months.

Rugby fans will be hardest hit as they will be forced to look for alternative ways to reach England v South Africa at Twickenham and Cardiff for Wales v Australia Autumn International match.

The disruption is expected to spill over on Sunday, November 27, before disgruntled workers return. 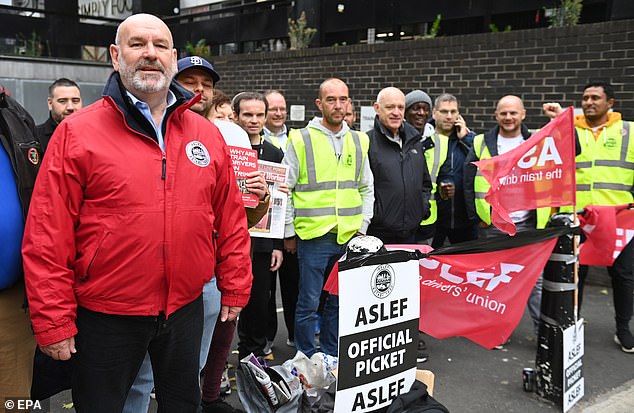 Drivers from 11 railway companies, part of the Aslef union, walk out on November 26 in a long-running wage dispute that will once again hold back passengers. Pictured: Aslef strikes in October 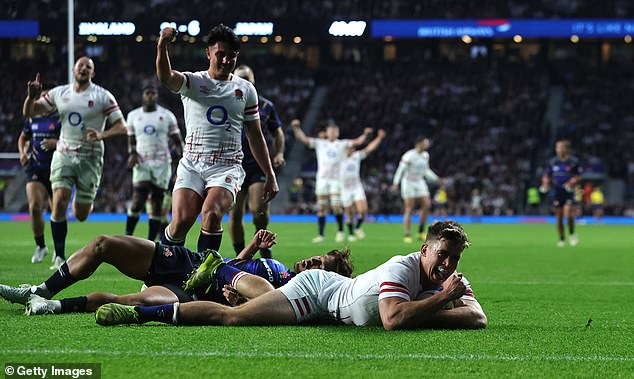 Rugby fans will be hardest hit as they will be forced to look for alternative ways to reach England v South Africa at Twickenham. Pictured: England v Japan last weekend at Twickenham 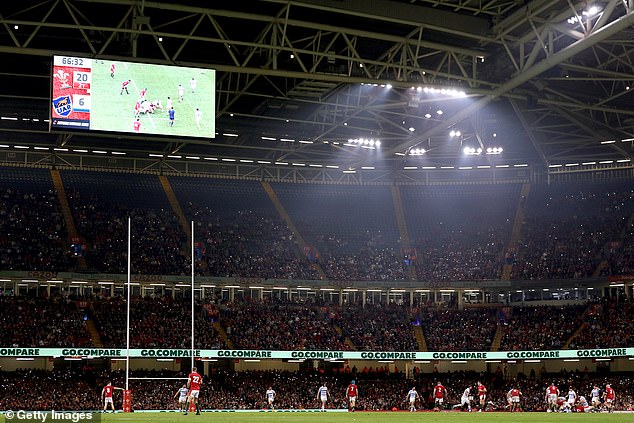 But before the chaos unfolds, Avanti West Coast this Sunday strongly advised customers to check for further strike action by RMT members who work as train managers before traveling.

A significantly reduced timetable is operated, with fewer services during limited hours.

On Sundays, the intercity operator will run one train per hour from London Euston to Manchester, Glasgow and Liverpool, with services to Liverpool via the West Midlands (including calls at Coventry, Birmingham International, Birmingham New Street and Wolverhampton) due to planned upgrade work by Network Rail between Rugby and Stafford. 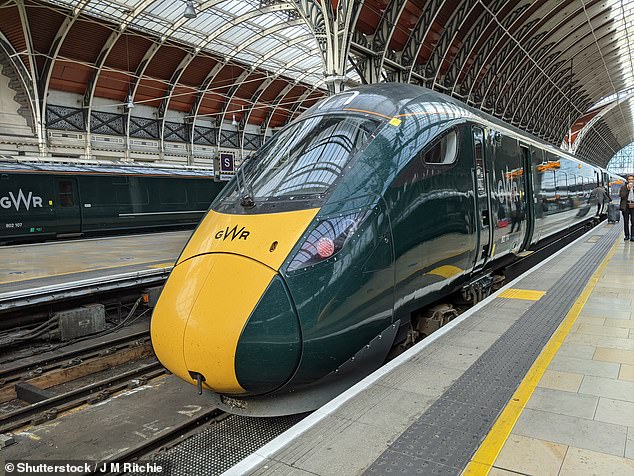 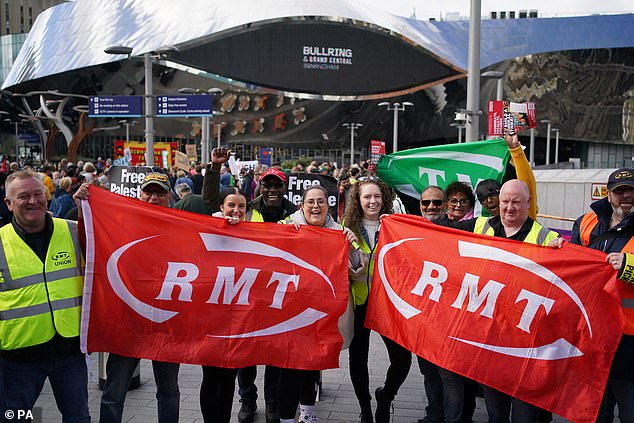 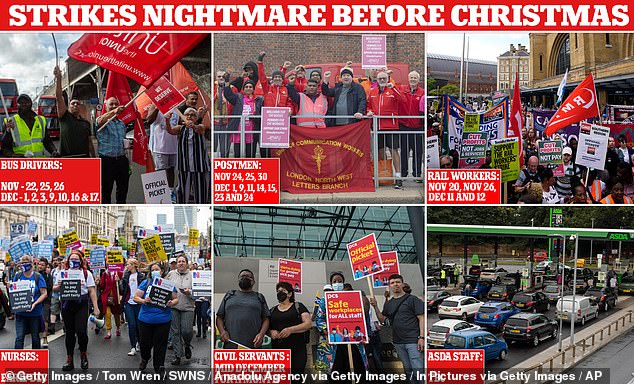 It comes as a winter of discontent looms with bus drivers, postmen, nurses, civil servants and even Asda staff due to strike before Christmas

Who will strike and when?

Officials: About 100,000 civil servants have voted for a national strike over wages, pensions and jobs, the PCS union has announced. The union said the action will start in mid-December and last for a month.

Nurses: The strikes are expected to begin in early December and could take place on two dates, possibly a Tuesday and a Thursday. They could last until early May 2023. They have given the government five days to open “detailed negotiations” on wages, or they are announcing strike dates for December.

Railway workers: Drivers will strike two weekends in a row. RMT will strike on Sunday 20 November. Meanwhile, Aslef will strike on Saturday 26 November, affecting rugby fans going to Twickenham and Cardiff. Members of the RMT have voted to continue industrial action for another six months. They will also strike on December 11 and 12.

The major upgrade work will also mean services to some destinations will have longer journey times as trains are diverted.

Due to limited travel options, fans attending the Comic Con event in Liverpool are advised to find other ways to get there.

North Wales, Shrewsbury, Chester, Blackpool and Edinburgh will not have Avanti West Coast services as timetables have been significantly reduced.

With fewer services running during shorter operating hours, trains are expected to be overcrowded and customers are strongly advised to check prior to departure, including the details of their last train home.

Members of the RMT at the Thames Valley Signaling Center in Didcot went on strike on Saturday and Monday over the dismissal of one of the local officials.

A spokesman said: ‘We don’t want to disturb passengers, but employers need to follow proper procedures and our members believe that has not happened in this case.

“The union is also considering its options, including legal action, and will not comment further.”

Passengers traveling between Penzance and London Paddington were warned to expect disruption, with a reduced service on many parts of the western route between 07:30 and 18:30, with the last trains departing much earlier.

GWR passengers traveling from the West and South West attending the England v New Zealand international rugby match at Twickenham are told not to travel by train.

Rugby fans attending the Wales v Georgia match in Cardiff who wish to return to Bristol and other parts of the West and South of England are advised to do so immediately after the match.

Meet Marge and Ann, SFO volunteers in their 90s who have been helping panicked travelers for decades

A local’s guide to Split, Croatia: a city that marches on its belly | trip