Sony chooses to leave games in the past to the original PSVR. 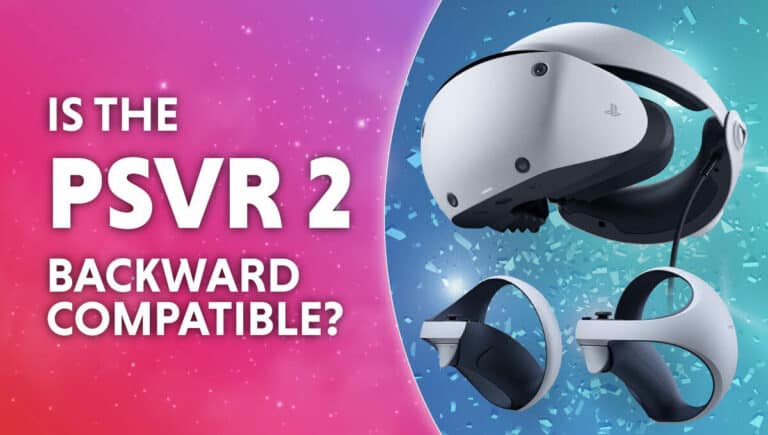 When the PSVR 2 was announced all those months ago, the VR community was thrown into a fit of speculation, with PSVR 2 backwards compatibility being one of the most common questions.

In the months since the announcement, we’ve gotten clarification on many of the previously unknown aspects of the PSVR, we know the price, release date and pre-order information. We even managed to learn a lot about the PSVR 2 controllers.

So let’s talk about the lack of backwards compatibility for the PSVR 2 and why we don’t think this is a bad thing.

Will the PSVR 2 be backwards compatible?

Short answer: No. The long answer is a bit more complicated and requires some explanation, so let’s take a look at wagwan.

The official announcement regarding PSVR 2’s backwards compatibility was made on 16 September during episode 439 of the official PlayStation Podcast, by Hideaki Nishino, Senior Vice President of Platform Experience.

In an unsurprisingly media-trained statement, Nishino states that the “PSVR2 is designed to deliver a truly next-generation VR experience”.

This therefore disqualifies it from being backwards compatible, we don’t have a super concrete specific answer, but it probably has something to do with inherent hardware differences between the PSVR and PSVR 2.

If this sounds like a familiar story, you’re right, Sony has had some ups and downs regarding backwards compatibility. The original PS3 console was able to play PS2 games by incorporating the literal guts of a PS2, which was phased out in later revisions.

Back then, the PS4 was never backwards compatible with PS3 games, as Sony made the wise decision to move away from Cell Architecture.

We think the PSVR 2 lacks backwards compatibility because it’s too different from the original PSVR, unfortunately we’re not familiar with Sony’s design paper so we can’t say for sure, but it’s a good guess nonetheless.

Aside from internal hardware incompatibility issues, there is the issue of brute force. both the original PSVR and PSVR 2 are not standalone headsets, meaning they need the PS4 or PS5 respectively to power them.

So even if the PSVR 2 worked with the PS4, it wouldn’t be nearly as good as the PS5, as the PS5 is almost 8 times more powerful than the PS4.

No, unfortunately the PSVR 2 is not backwards compatible with the PS4.

Can you use the original PSVR with the PS5?

Yes, Sony will provide you with an adapter to use the camera on the PS5.